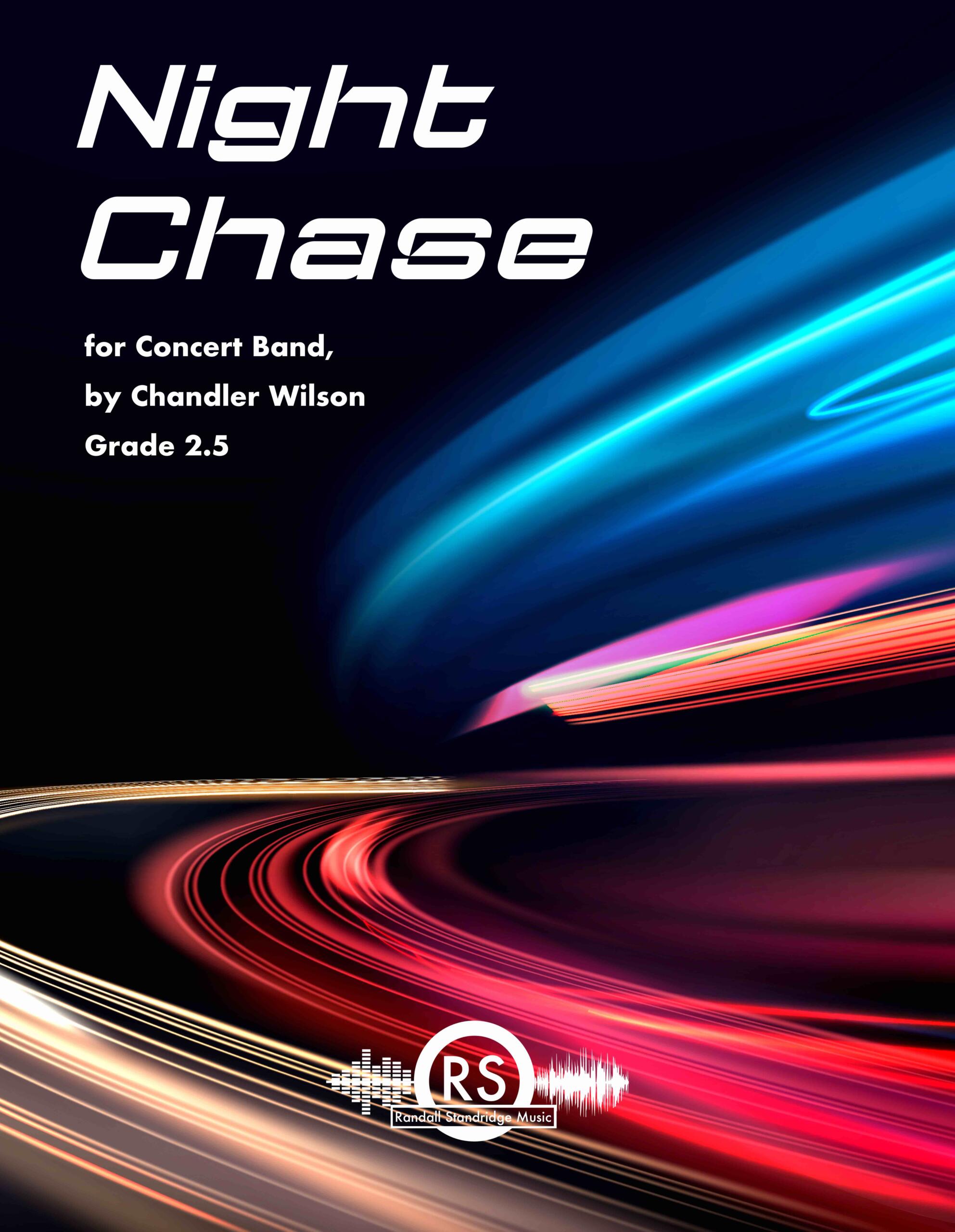 This work is full of energy from beginning to end with a driving tempo and rhythmic ideas. Imagine yourself running through a forest under a moonlit sky, chasing shooting stars as they travel through the Earth’s atmosphere. The chase is one of joy and excitement! Running between the trees, jumping over logs and branches while trying to keep up with the stars. Although we may never be able to keep up or catch them, the Night Chase is always worth it.

Chandler L. Wilson is the Assistant Director of Athletic Bands and Assistant Professor of Music Education at Florida State University. His responsibilities with athletic bands include being a part of the creative team behind the Marching Chiefs and FSU’s athletic pep band program, Seminole Sound, which primarily supports the men’s basketball program and the women’s basketball and volleyball programs. As a part of the wind band conducting and music education faculty, Dr. Wilson teaches courses in music education and conducts various concert ensembles.

A native of Miami, FL, Dr. Wilson attended Florida A&M University (FAMU) where he earned the Bachelor of Science in Music Education. While a student at FAMU, he served as the University Band President and section leader of the saxophones. During his time at FAMU, he was selected as the student arranger and conductor for the marching and symphonic bands and was selected as one of the first student staff members for the “Marching 100”. Dr. Wilson earned the Master of Arts in Wind Band Conducting from the Indiana University of Pennsylvania and the PhD in Music Education with an emphasis in Wind Band Conducting from Florida State University.

Many of Dr. Wilson’s compositions have been premiered and performed on the concert band stage with All-County/District Honor Bands and All-State Bands. His works have also been performed at the Music for All National Festival and the Midwest International Band and Orchestra Clinic. His composition, Legends of the Galaxy (A Cosmic Fanfare), was ranked in the Top 100 band compositions in the American Band College/Band World Magazine/Western International Band Clinic Literature List for 2016 and his most recent work, Suite Forty-Four, was performed at the 2019 Midwest Band and Orchestra Clinic by the Hikarigaoka Girls’ High School Wind Orchestra.

Prior to his appointment at Florida State University, Dr. Wilson served as Associate Director of Bands and Director of Athletic Bands at Eastern Michigan University, with previous public-school experience as director of bands at Hollywood Hills High School and Cooper City High School. Dr. Wilson also served as the associate conductor of the Broward Symphonic Band under Neil Jenkins and the assistant conductor of the Music Ambassadors Europe Music Tour in the summers of 2010 and 2012. Dr. Wilson has studied conducting under the batons of Prof. Richard Clary, Dr. Jack Stamp, Dr. Julian White, Dr. Shelby Chipman, Dr. Roby George, and Maestro Raffaele Ponti.